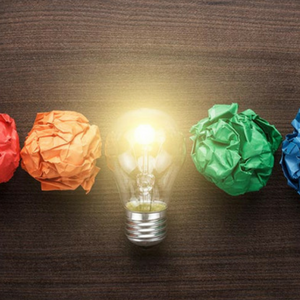 “We rise by lifting others” – Robert Ingersoll

In 2009 Simon Sinek gave a TED talk called How Great Leaders Inspire Action that has now been viewed more than 37 million times making it the third most popular TED talk ever.  The premise of his talk was based on the fact that inspired workers make for both stronger companies and stronger economies; and when people become more inspired at work it creates a positive ripple effect on those around them.  The sheer volume of unique viewers would suggest that his message clearly resonated and that many of us are looking for inspiration in what we do and who we work for.

In a culture that often seems obsessed with measuring things, the power of inspiration is often overlooked. Yet inspiration is not only one of the most powerful intrinsic motivators, it is also a springboard for creativity, innovation and growth. Despite it’s elusive nature its influence is far reaching for individuals, teams and organisations and results in very tangible outcomes.

There are many reasons why it could be overlooked: for some, ‘being inspired’ smacks of day dreamy, passive behaviour that requires an almost divine presence before work can be commenced; whilst for others it is often confused with positivity or charisma. Whilst inspiration can result in greater positive outcomes, mindsets and behaviours it is something that is deeply based in trust and requires action to create. Unfortunately for many though their examples of leadership be-it within their political, community or business circles fail to inspire them or others to think and act differently.

Author John Maxwell writes that too often the ranks of leadership are inhabited by a host of mirages: people who look impressive from a distance but up close end up being disappointments leaving those who work for them dry and thirsty for opportunity and development. After being fooled by a few mirages, followers all too often become mistrusting and jaded.

In a world that all too often looks and sounds ‘beige’, inspirational leadership has never been more wanted and craved. It does however require today’s leader to stand out, speak up and take action often in scenarios when many others remain quiet or committed to doing things in the same old familiar ways. However when employees are genuinely inspired, their trust and confidence is not only restored (or established) but they want to do more, contribute more and be more.

So how do great leaders inspire action? I would encourage you to consider the following 6 attributes and consider how evident they are in your own leadership style:

Great leaders not only motivate, they inspire people to want to act. How are you inspiring action today?

As always I would love to hear your thoughts below.